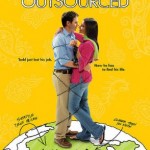 I don’t usually comment movies on my blog because this is really not the point, but I’ve just seen “Outsourced

” and it literally cracked me up, so I decided to make a short exception ðŸ˜‰ (Besides I’ve already thought of a good excuse you’ll find out later in this post)

” is the story of an american guy whose entire team (a kind of call center) is outsourced to India. Having to choose between being fired and going to India to get the new team up to speed, he decides to pick up the latter.

At first he is completely lost and overwhelmed by the cultural gap and gets involved in numerous humoristic misadventures, but as he gradually accepts the differences, he starts to enjoy his new life and to sink in.

There are two reasons I could relate to the hero:

First I actually saw this movie yesterday in the plane bringing me back to France from my one month vacation in India — perfect timing — and in most of those laughable situations which are funny because the hero doesn’t yet grasp the culture, I definitely had this “I’ve been there !” feeling.

And second, I’ve quit my previous job at the moment when my entire team was outsourced; a situation which is very common for IT professionals (see, this is the excuse I was talking about : this post contains the IT acronym so it is perfectly suitable for publishing on my blog ðŸ˜‰ )

Even if you are not so closely related to the hero, I’d whole-heartedly advise this movie to anyone who wants to have a look at the Indian culture and to spend a good time. 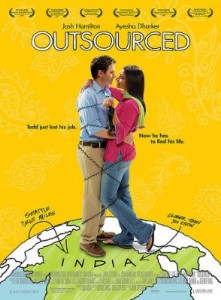